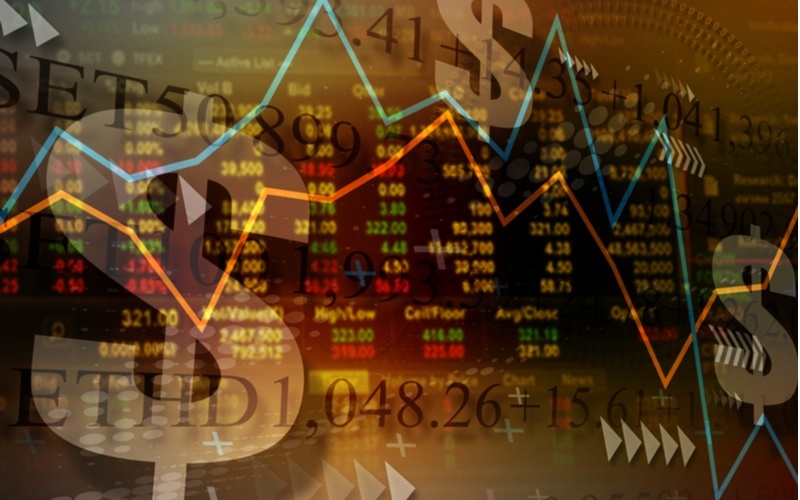 Options traders endlessly debate the merits of the Black-Scholes pricing model. Some swear by it and others don’t even try to use it. Given the many profound flaws in the model, it is not an accurate tool for developing a sense of where price is likely to move in the future. But there are alternatives.

Among these is growing popularity of focus on the fundamentals (profitability, capitalization, debt management, competitive strength, and dividends, for example). But this is twice removed from the option and its premium level. It is removed because the difference between a company’s fundamentals and its stock price is different in terms of timing as well as in what types of volatility are considered. Historical volatility is easier to track that the option’s implied volatility, and in fact the two calculations are nothing like each other.

One study downplayed the value of IV, noting in a study that “we found that implied volatility contains no more information regarding the future realized volatility that is not already contained in recent historical volatility.” [Kalyvas, Lampros and Nikolaos (2003). “Casual relationship between FT-SE 100 stock index futures volatility and FT-SE 100 index options implied volatility.” Journal of Financial Management & Analysis 16(1), 20-26]

Inaccuracy is at the core of why IV is not reliable for pricing options. An alternative is found in the use of the Capital Asset Pricing Model (CAPM). This method compares expected returns with the risks. This risk/return analysis makes greater sense that relying on a model with many variables and flaws. This does not mean CAPM is perfect; it does mean it allows you to make judgments base don varying attributes of the option itself. If you look only at expect return or only at risk, you lack a complete picture. This is where CAPM adds value.

Expected return is the return you expect to ear n and, at least for stock trading, is a relatively simple calculation. It may consist of current dividend yield and assumed future yield growth, added to expected stock price changes. For ex ample, if the past three years have seen a 0.5% increase in dividend yield and stock prices have risen by 4% per year, it makes sense to continue the calculation of expected return assuming the same rate of growth will apply in the future. [Bernstein, Peter. L. (May 1973). “What rate of return can you ‘reasonably’ expect? Journal of Finance 28 No. 2, 273-282]

To complicate the calculation but add reliability, some other features can be added to the calculation. In the following formula, ‘R’ is the realized result and the total in the range of ‘R’ is equal to 100%:

For options, the range of likely expected results is more complex than for stocks, given the range of likely outcomes. A stock has a large number of possible prices, but the option is affected by many more variables, including time and expiration as well as the extrinsic nature of volatility itself. For this reason, you need to estimate a range of likely returns that are simplified.

For example, assume returns will range from 100% profit to 50% profit, breakeven, 50% loss, or 100% loss. This reduces the range to five outcomes and, while not accurate will enable you to compare expected return for a range of different option trades. This range can then be reduced to a percentage-based set of outcomes:

The highest level in this arbitrary range is 30% for a 100% loss. This may be based on history of not cutting losses before expiration and the 50% profit is greater than 100% profit because traders may tend to take profits earlier than originally planner due to time decay. To calculate expected return based on these estimated outcomes:

Thus outcome is less than zero, so you would be compelled to adjust expect return in several ways. These include picking contracts with higher than average returns (increasing the risk); writing covered short positions high exceptionally high dividends (increasing returns); adjusting profit-taking and loss-cutting (holding positions for shorter times); or deciding whether strategic alternatives produce higher levels of profitability (improving selection of strategies).

As long as assumptions are realistic, calculating expected returns with CAPM is beneficial. Many traders already do this type of judgment or assessment instinctively and based on experience, without needing to write out a formula.


Two variations of the CAPM method may also be considered. These are the Treynor-Mazuy Measure which adds beta into the formula; and the Sharpe Measure which relies on standard deviations of net returns. These are compared in the next article in this series.

CAPM, like all methods for estimating returns, contains flaws. Its major advantage over Black-Scholes is that it does not rely on estimates of volatility, which is where many problems arise in trying to develop reliable pricing models.